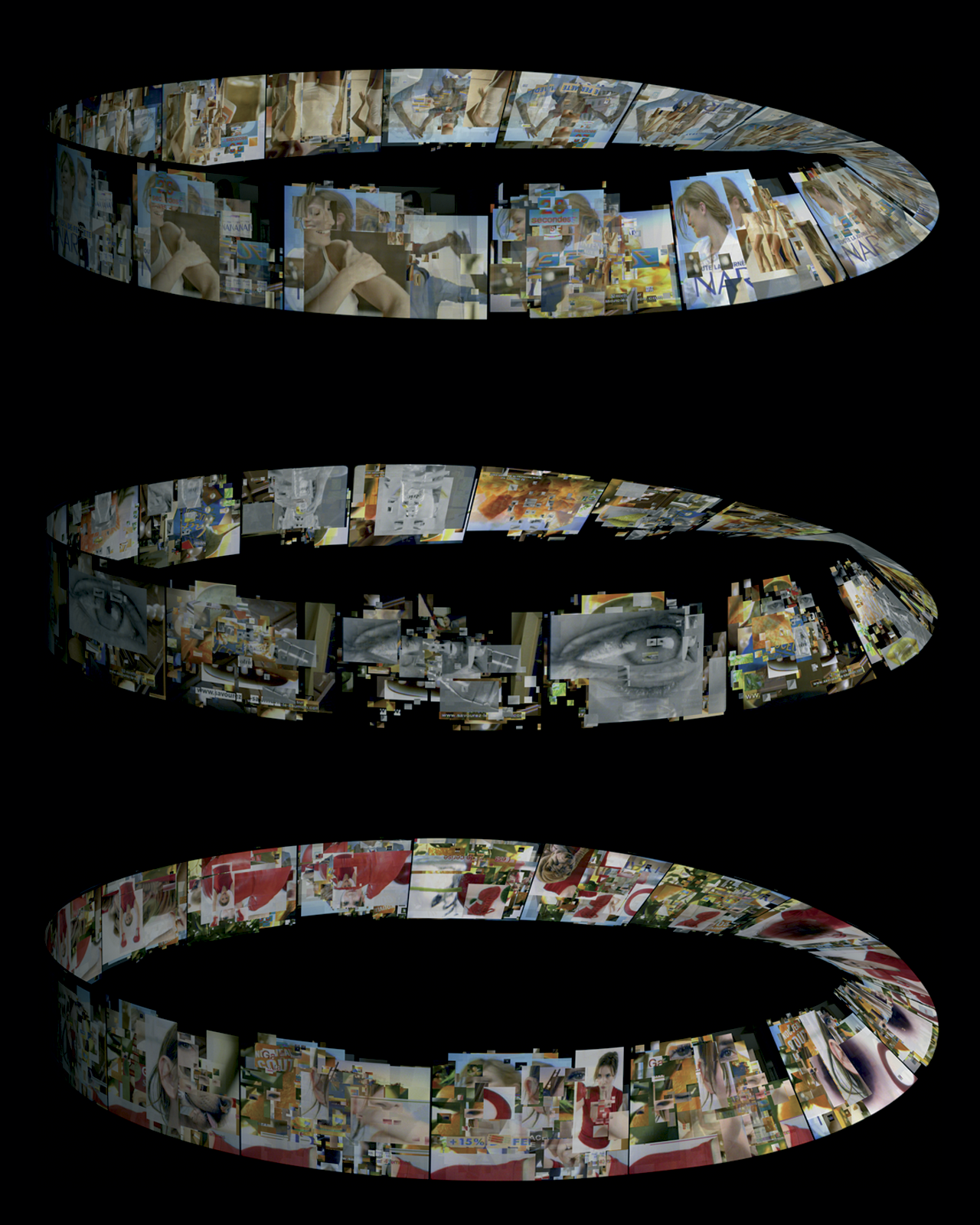 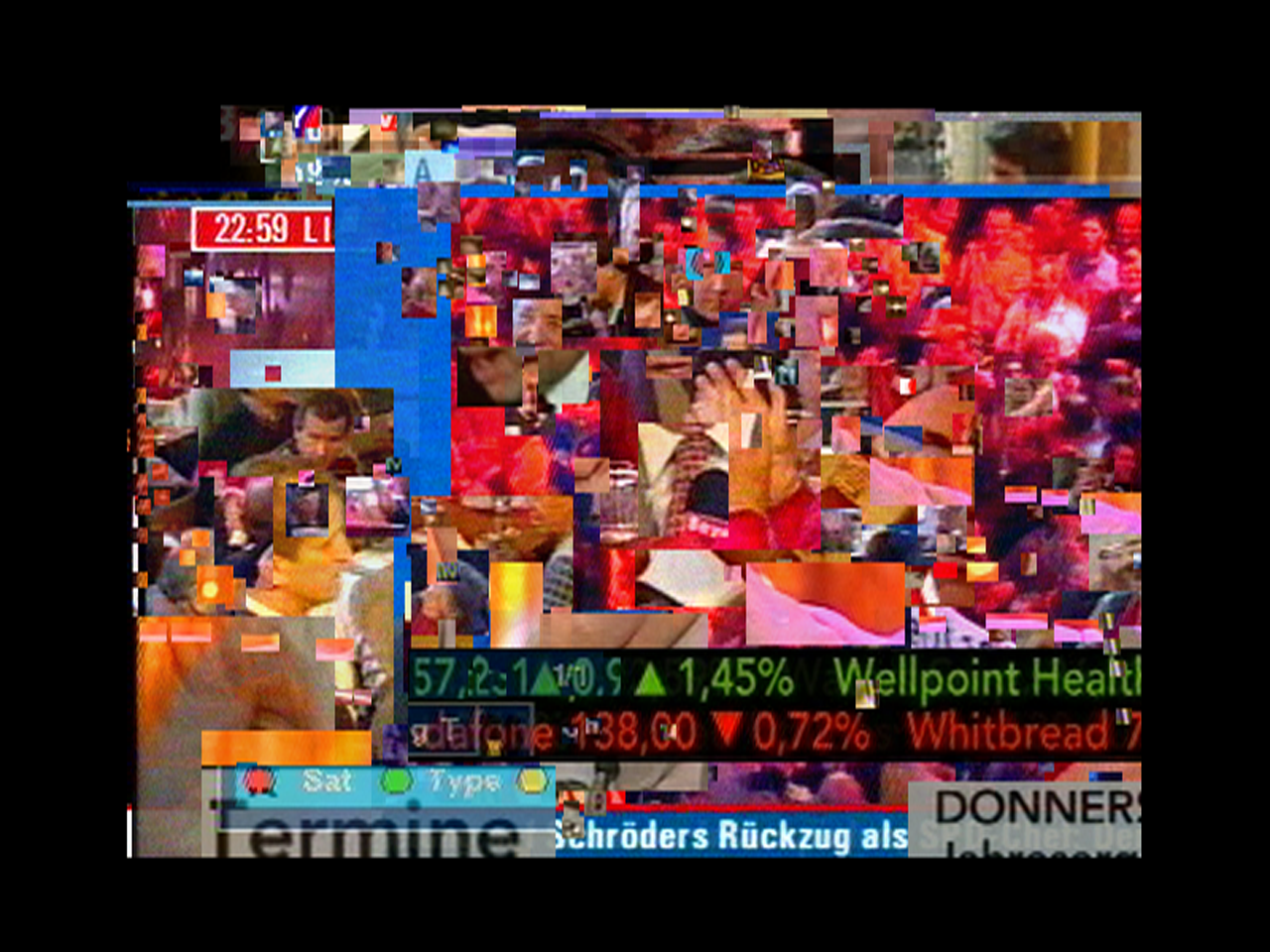 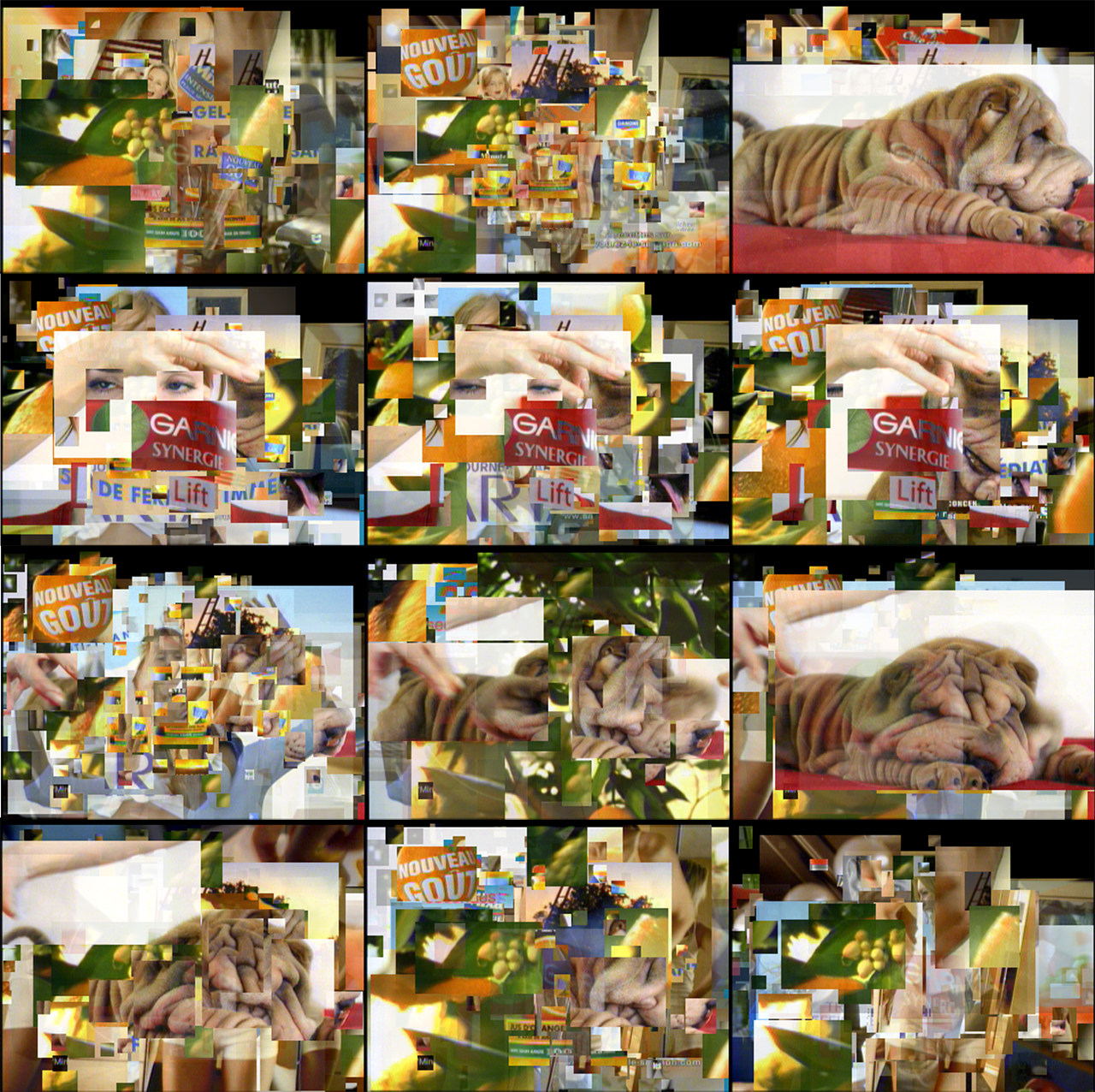 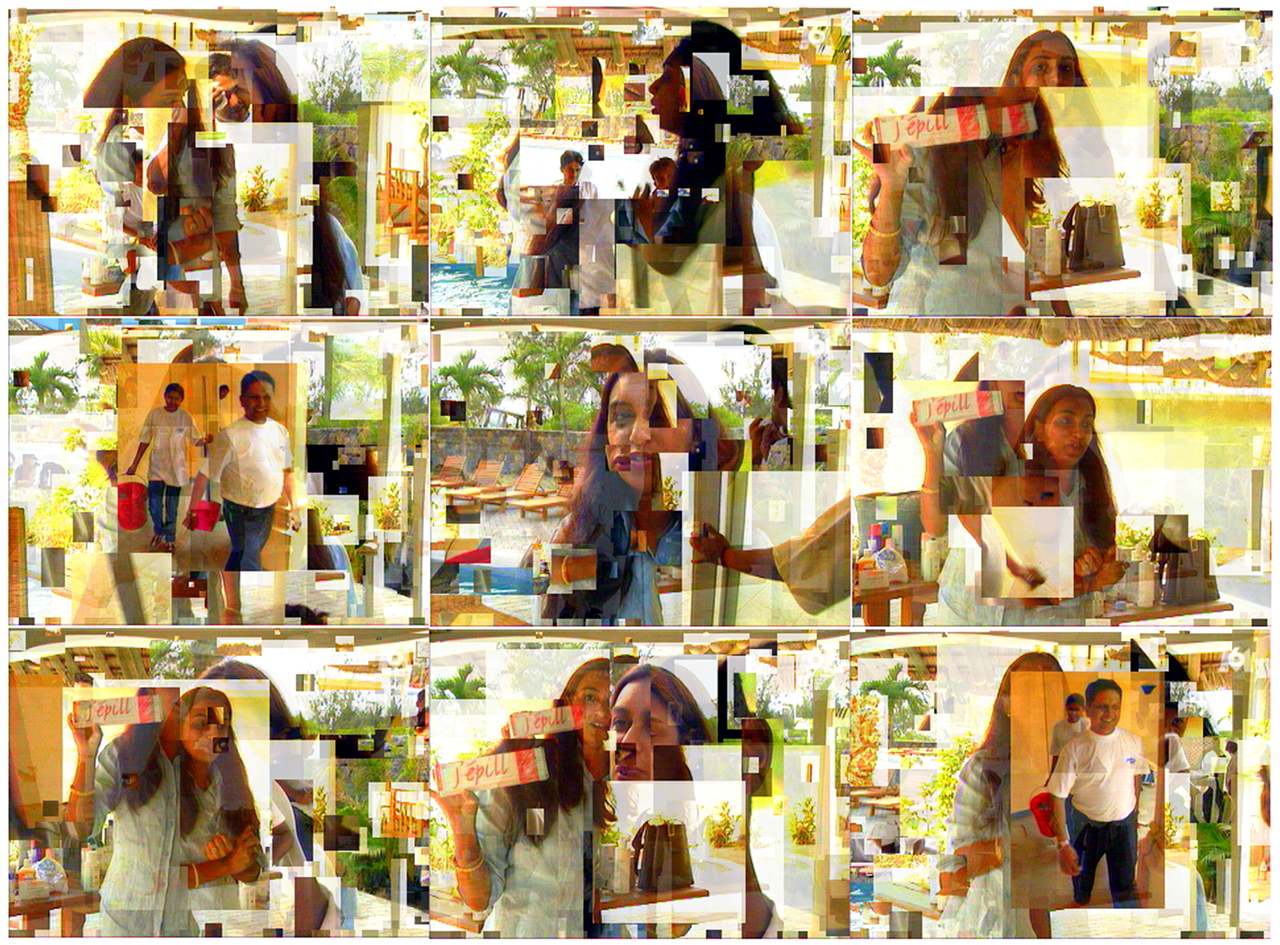 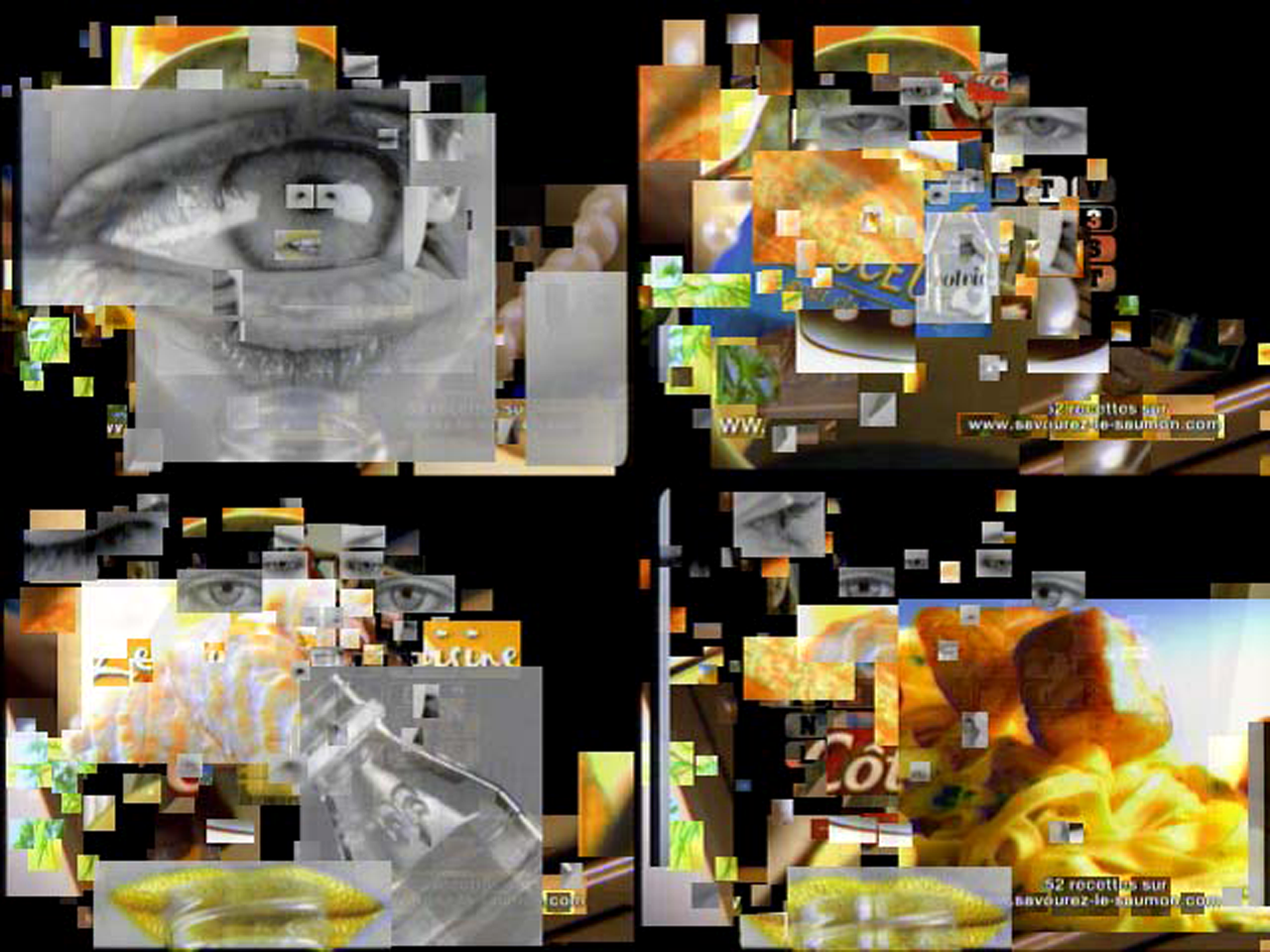 The television flux is taken in terms of potential, a potential of images, movements and signs. Every time a fragment of image changes during the broadcasting of a television programme, it is extracted in real time through an automated process. Those are captured and recast, in a spatial-temporal way, on a twenty-four images loop. When shown frame by frame to the spectator, it’s the broadcasting itself that is modified as each fragment of image is kept in memory and potentially repeated several times.

The hypnotised mind gets used to the fragments, expects them to reappear and may even try to re-configure them. But the intended persistent effect doesn’t prevent the progressive erasing of the configuration, as each fragment added to the loop is only present and repeated until a new one gradually replaces it, driving it slowly into disappearance and oblivion.

Lambeaux is an extension of this work.

More details on this work are available here (in French) 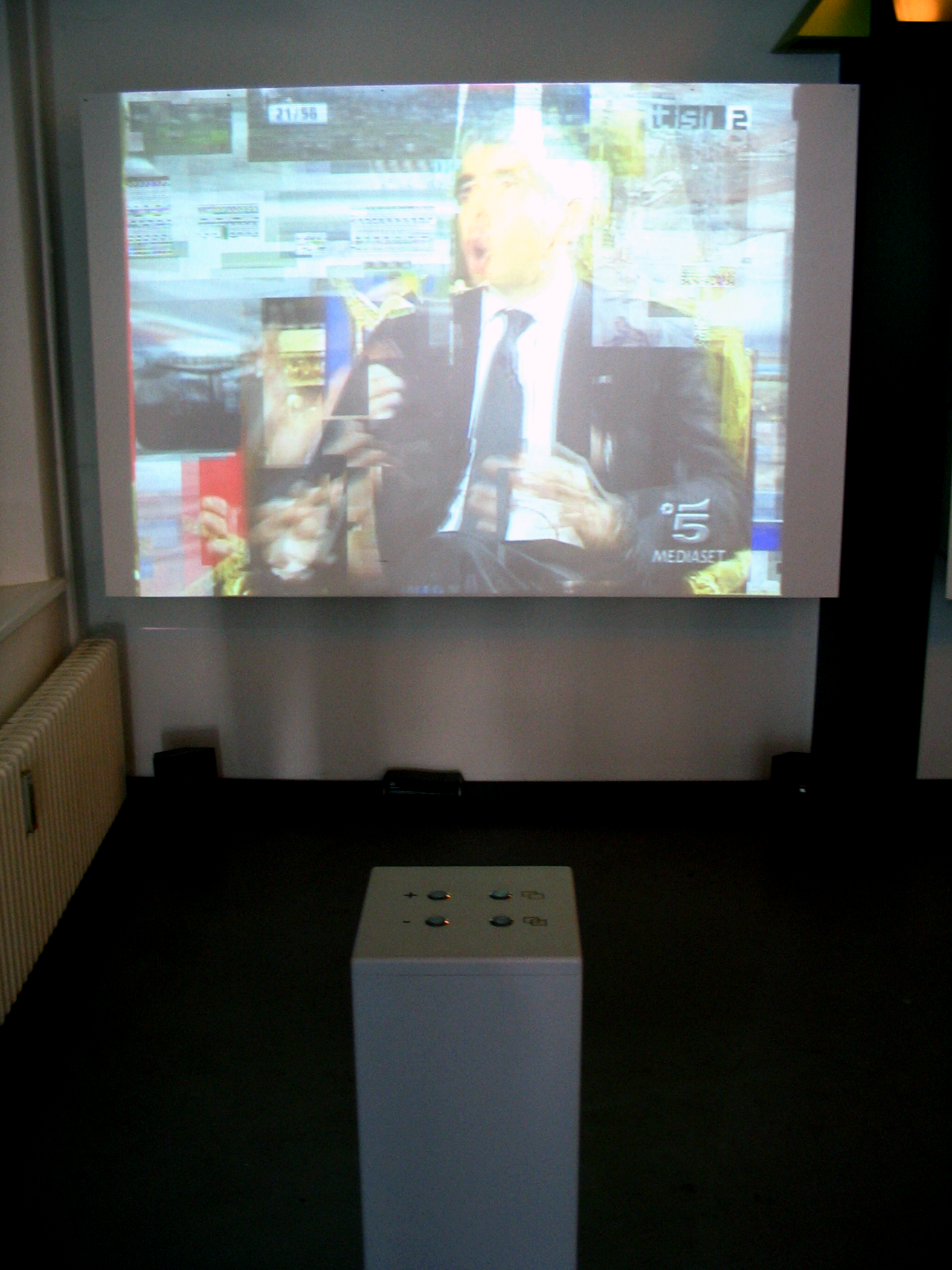 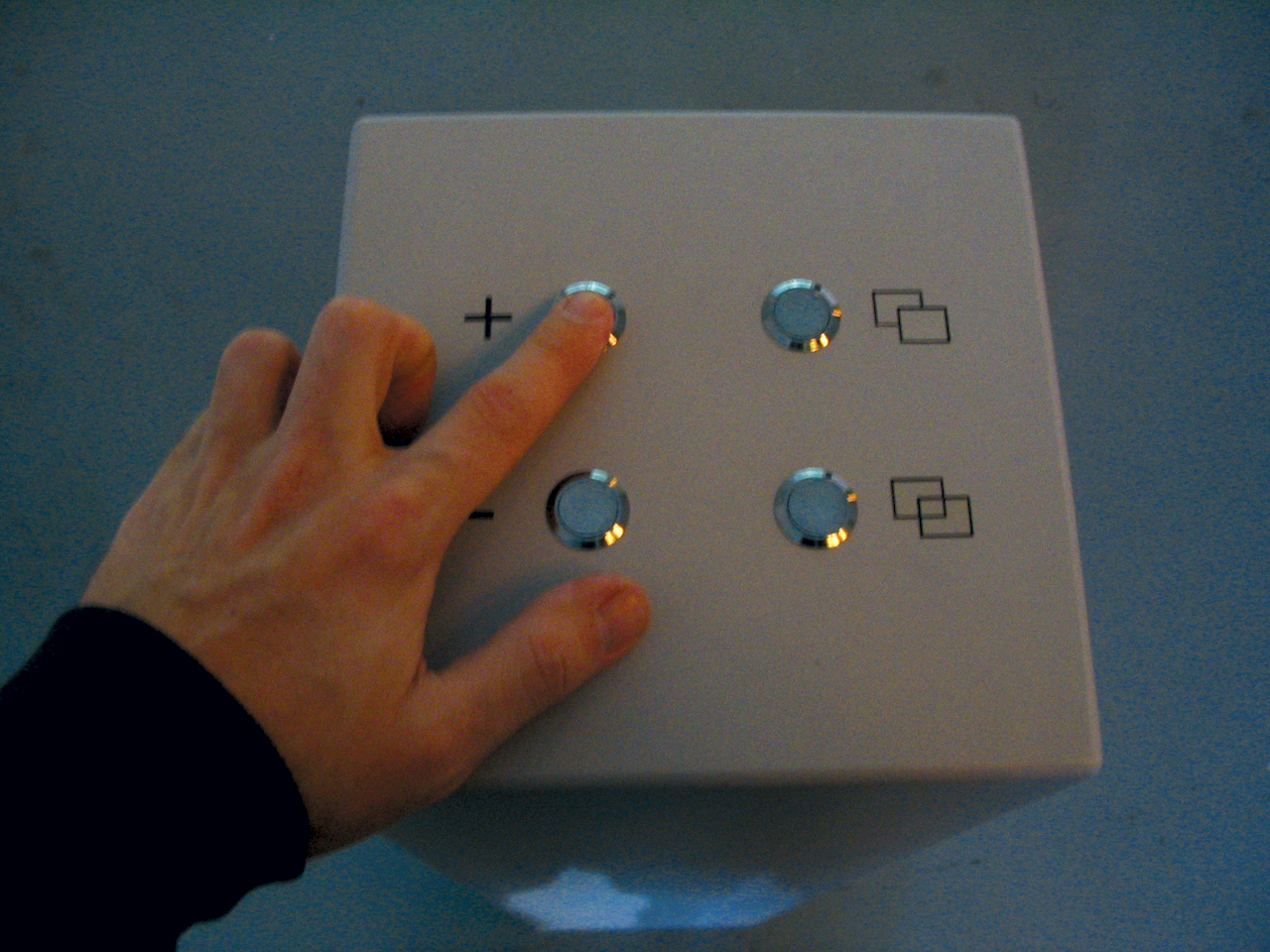 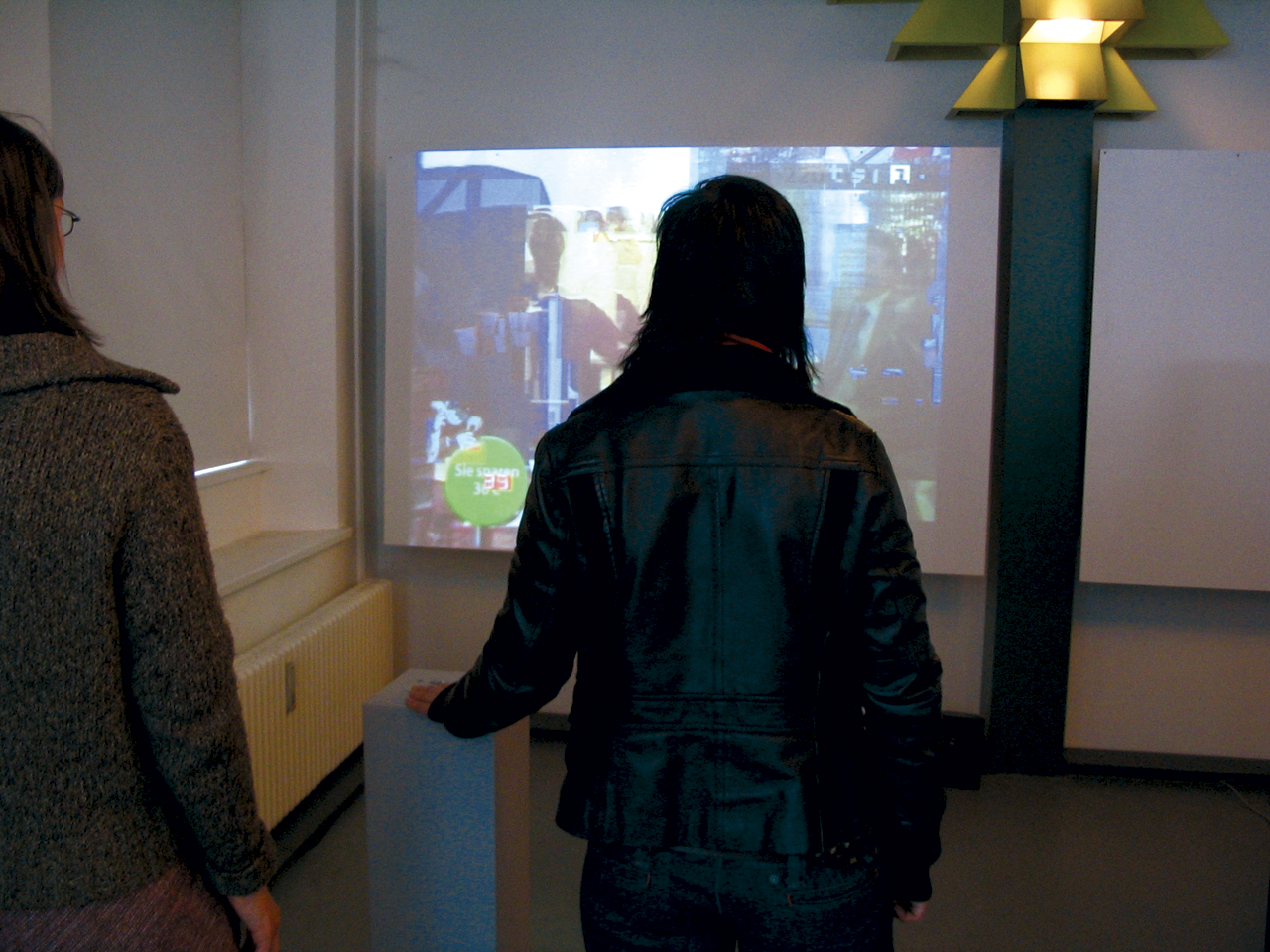 Installation at the galery plug[in] - Viper Festival, Basel, Switzerland the 18th of March, 2006

Outsmarting the prose of consumerism. Publicity slogans are, by their very rhythm, concision and intonation, pregnant and brainwash……

Moving identities : interaction - The municipal theatre, Castres, France – the 15th and 16th of June, 2007 This installation was don……