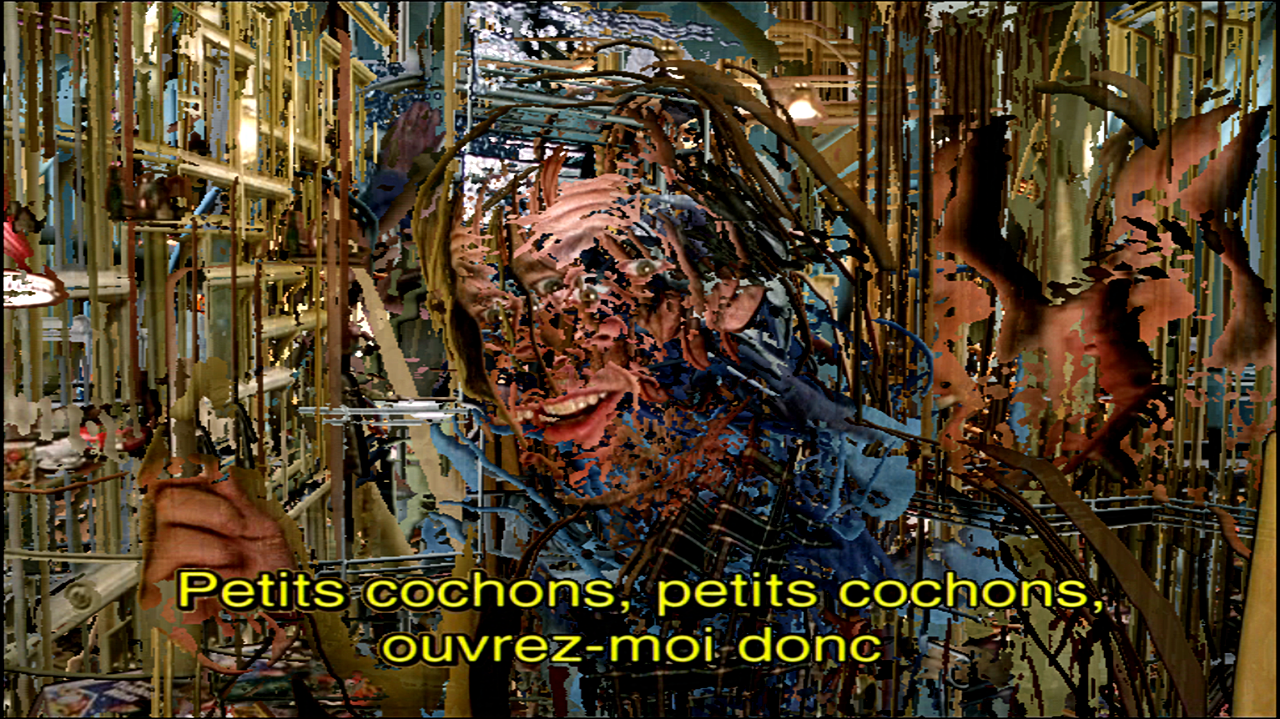 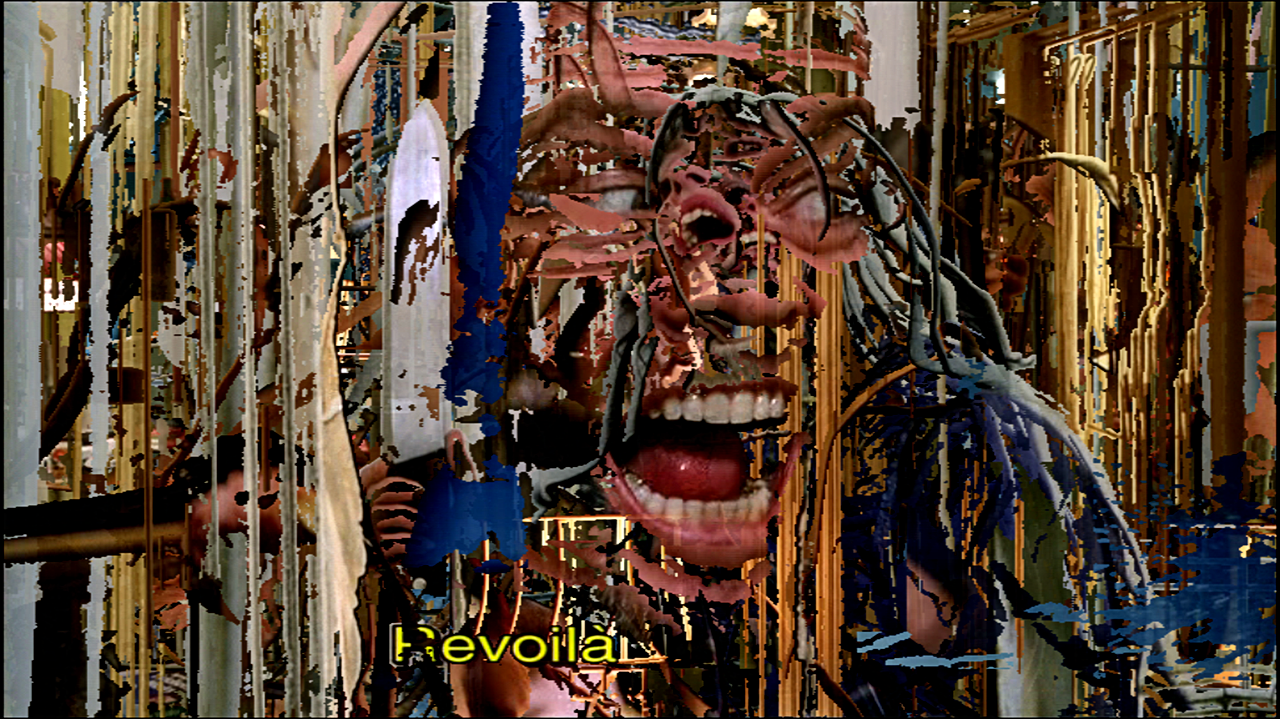 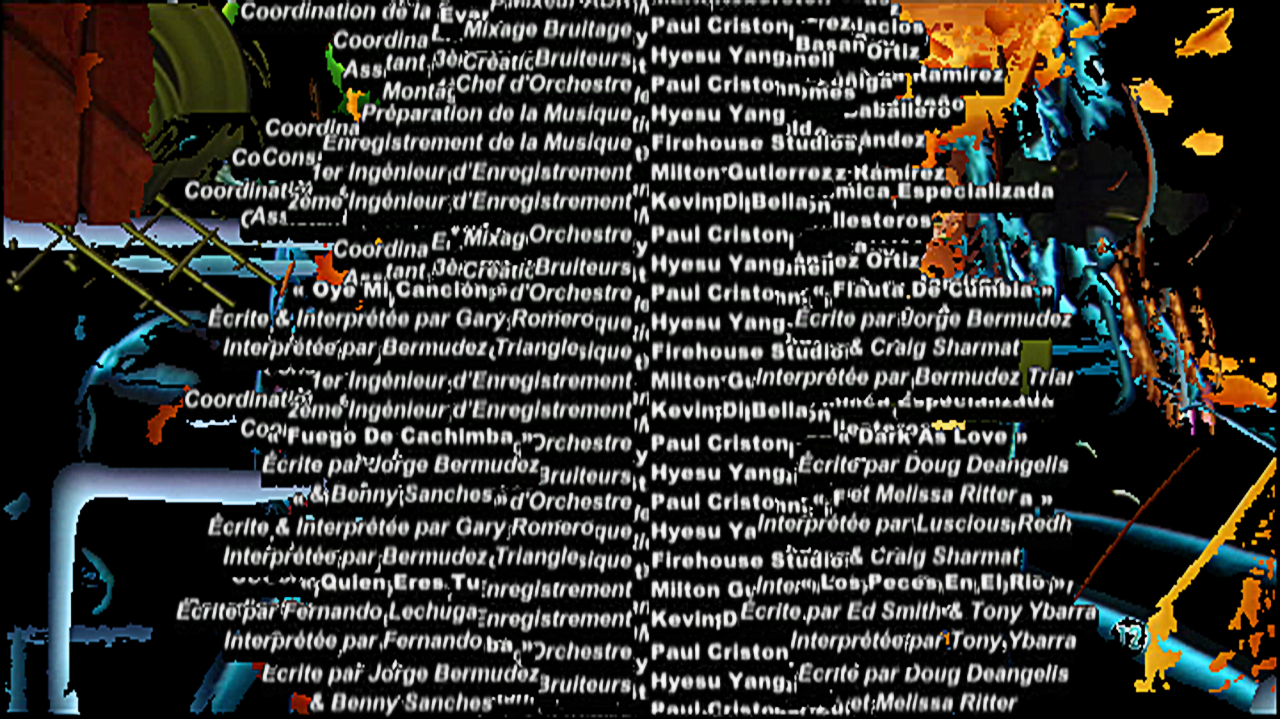 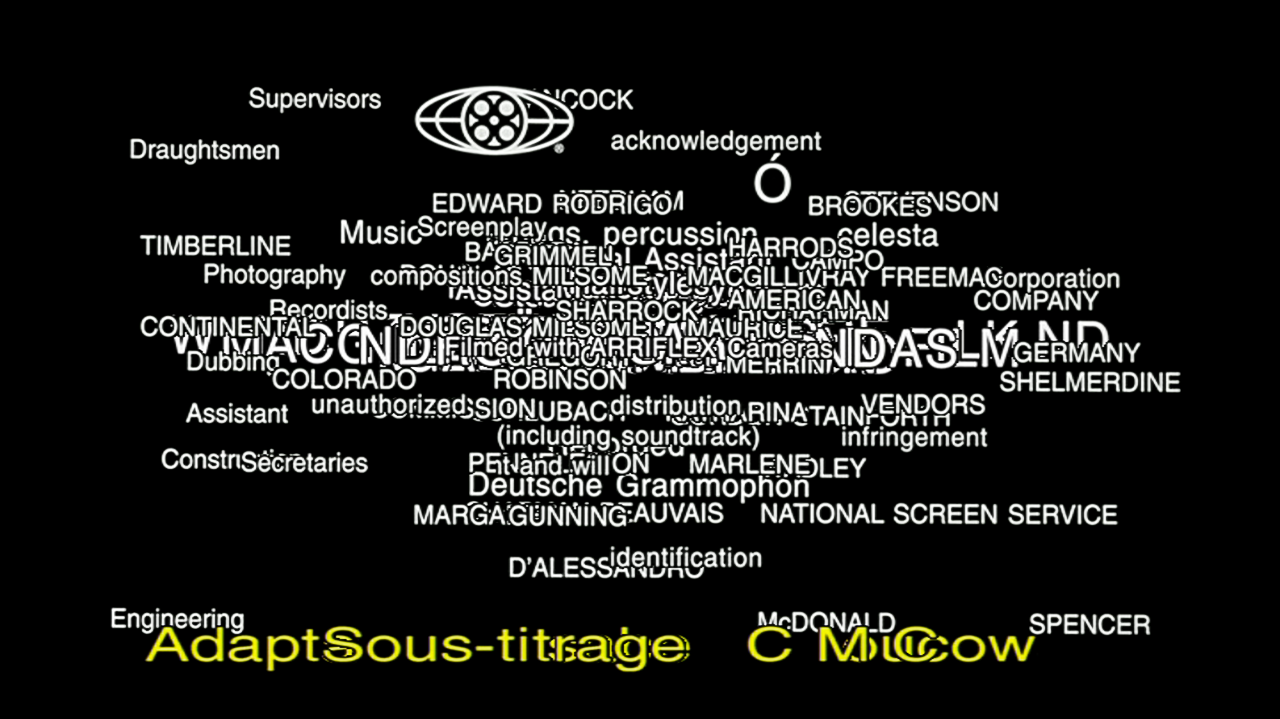 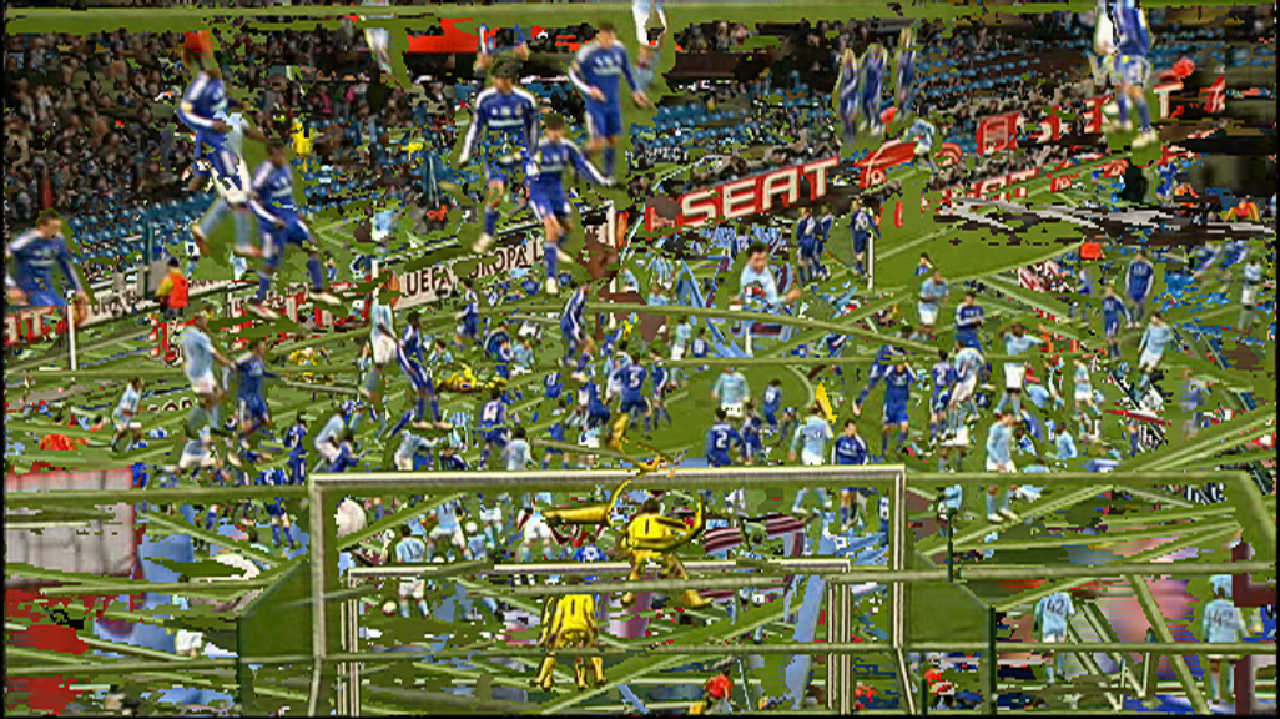 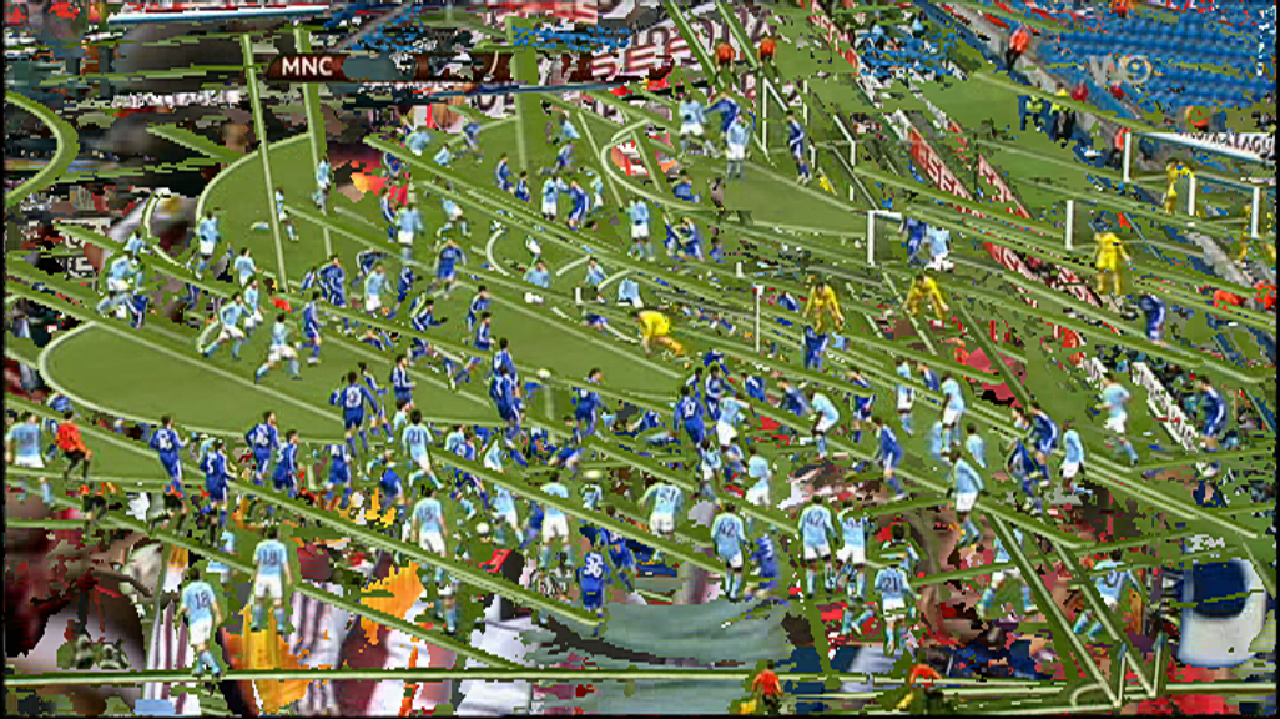 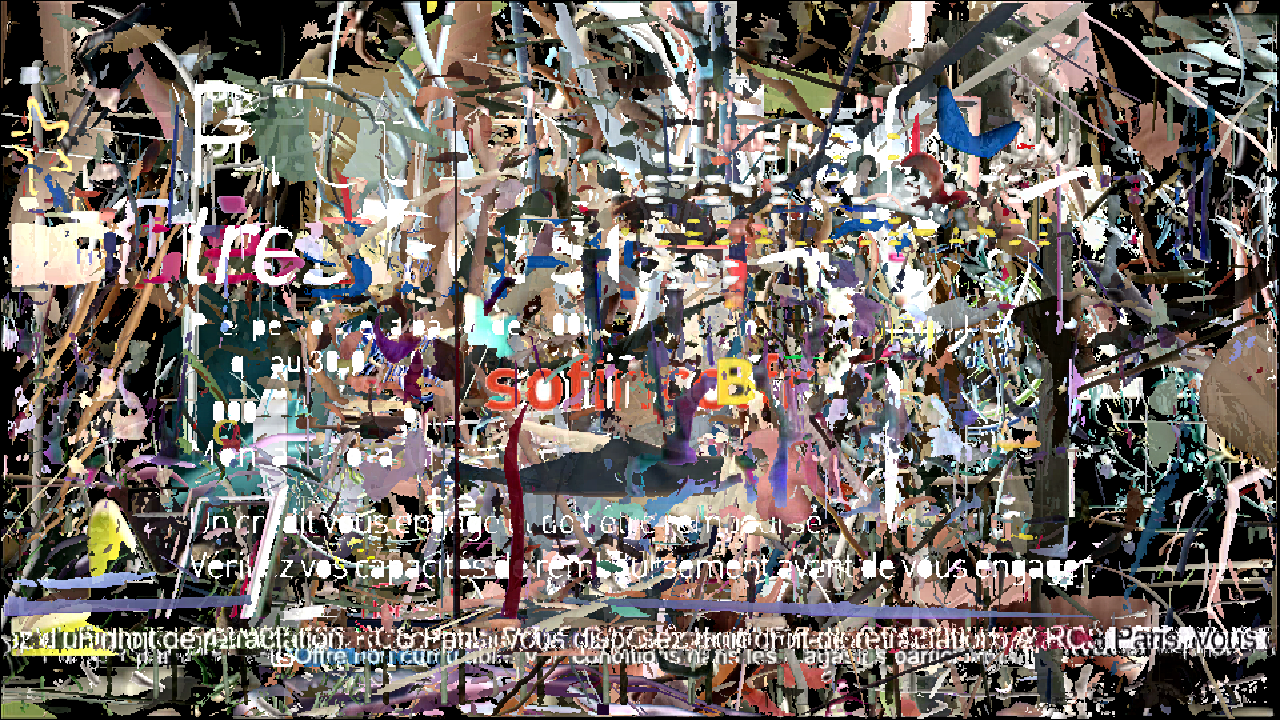 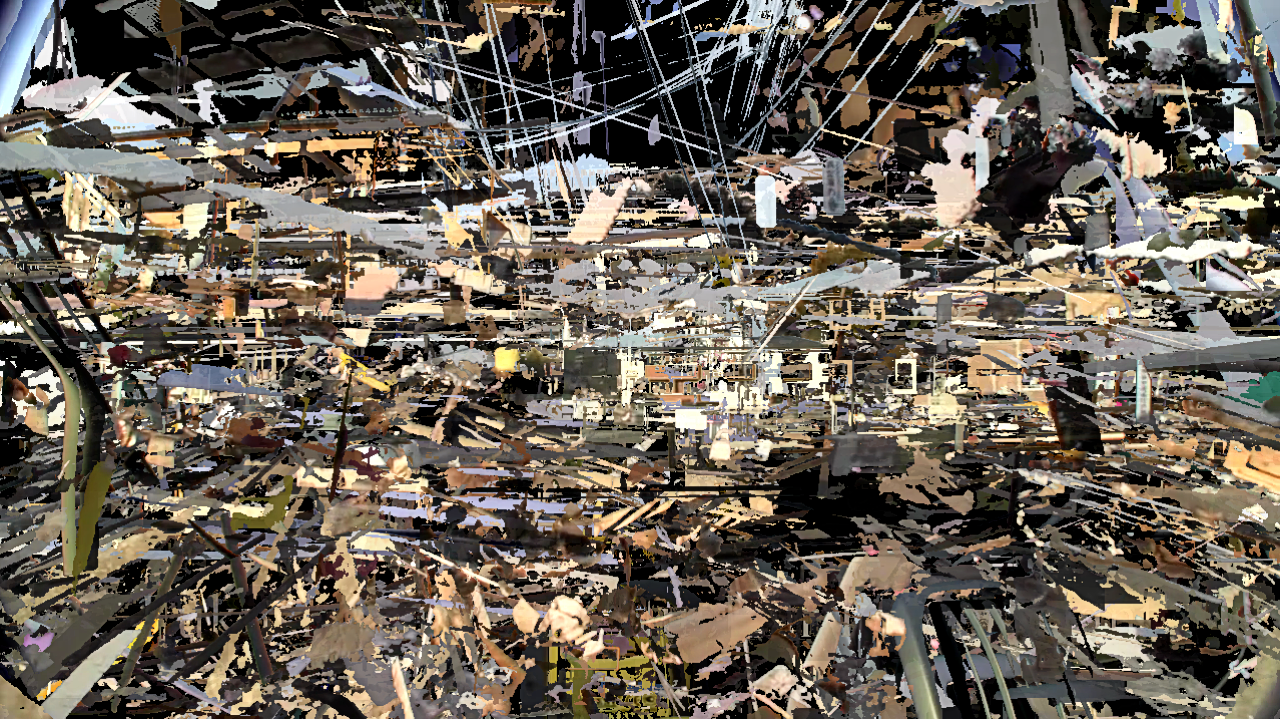 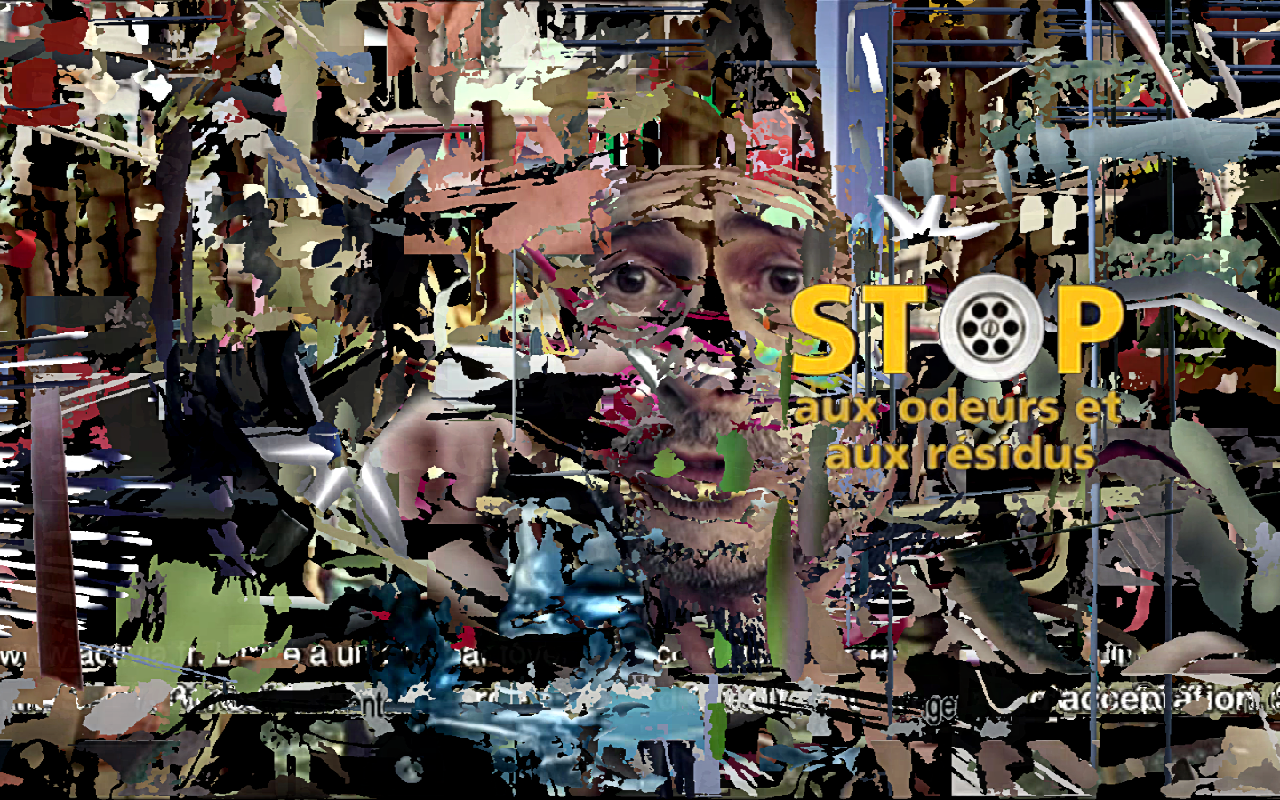 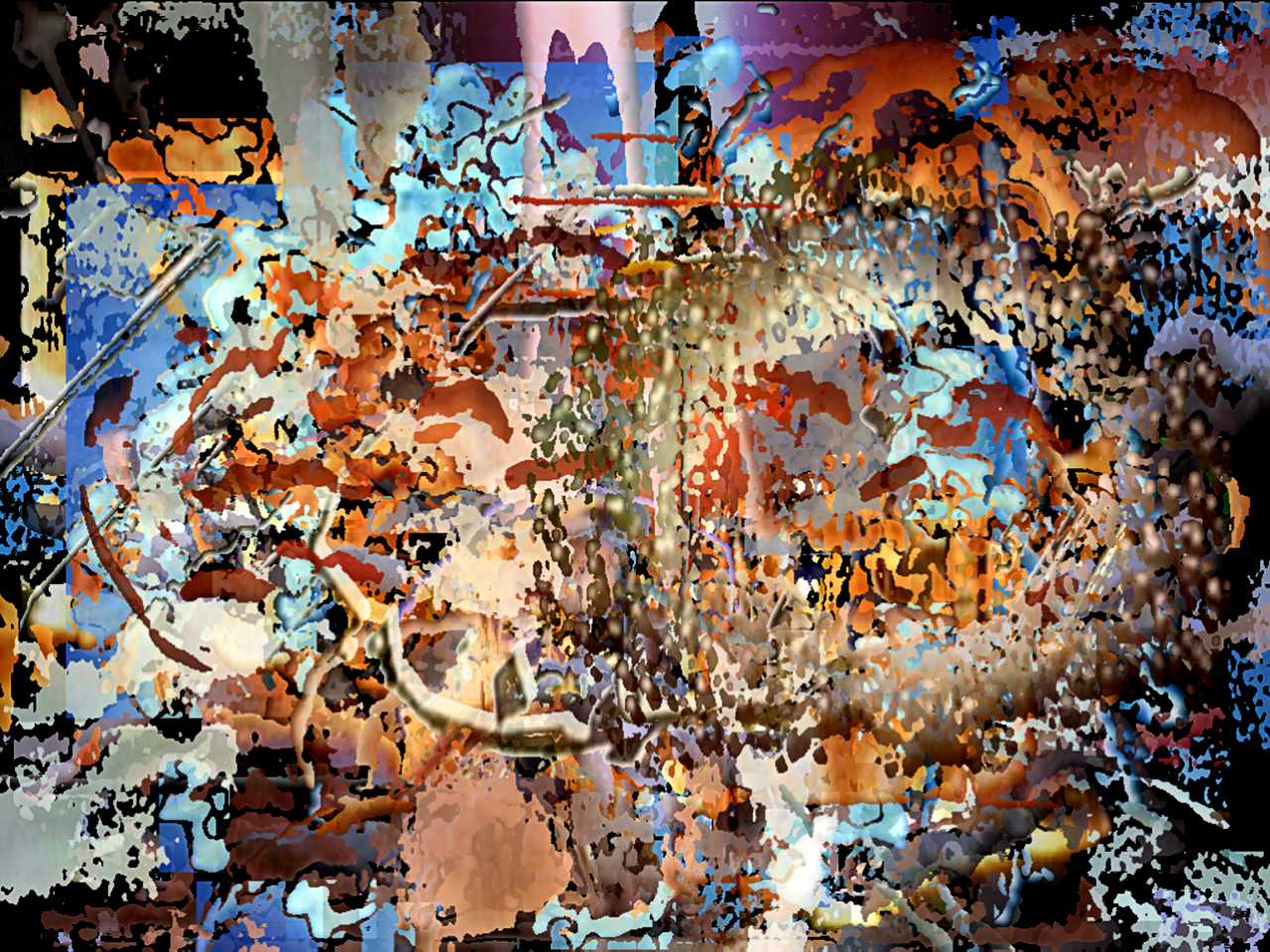 In “Lambeaux”, the television stream is taken as raw material, a material lacerated by a process of motion capture which extract in real time all the pixel that have changed during the broadcast. Those fragments are captured and recast, in a spatial-temporal way, on a twenty-four images loop.

The accumulation process takes place within the contours of past images and the way pixels are then reorganized in real time produces a jagged image with unreal effects – a ghostly memory of the video flux, a colorful palimpsest where fragments of motion and time coexist.

More details on this work are available here (in French). 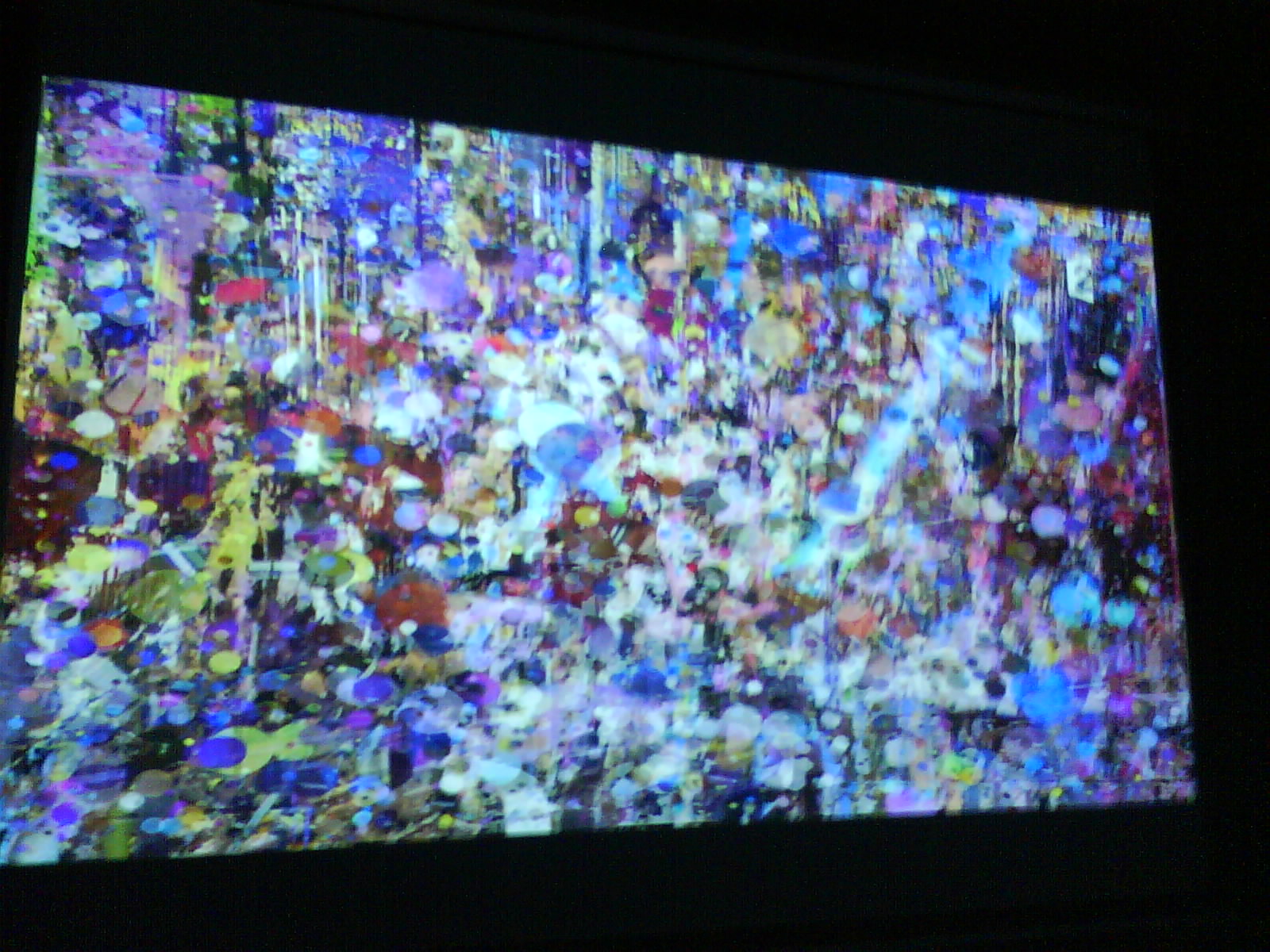 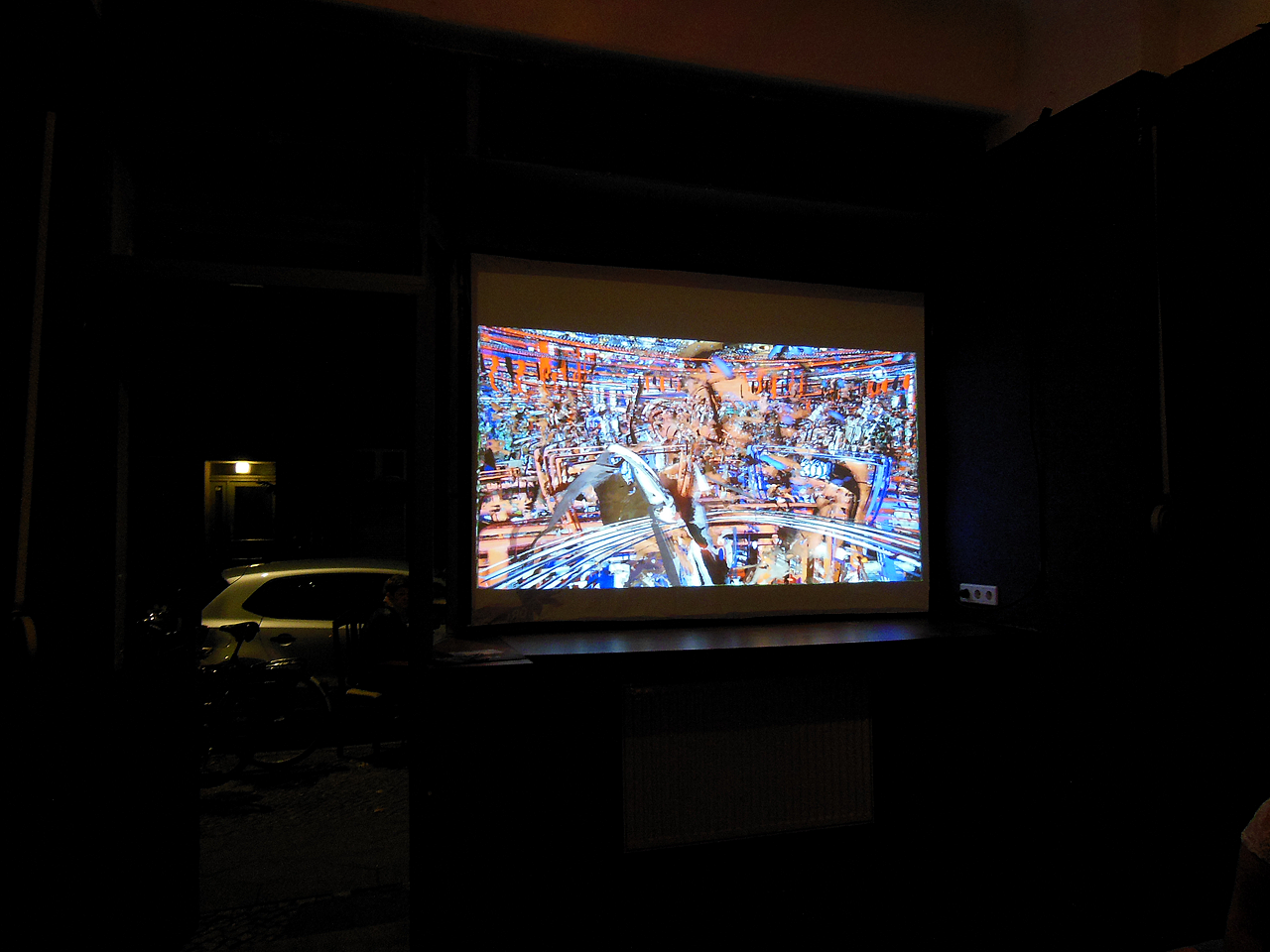 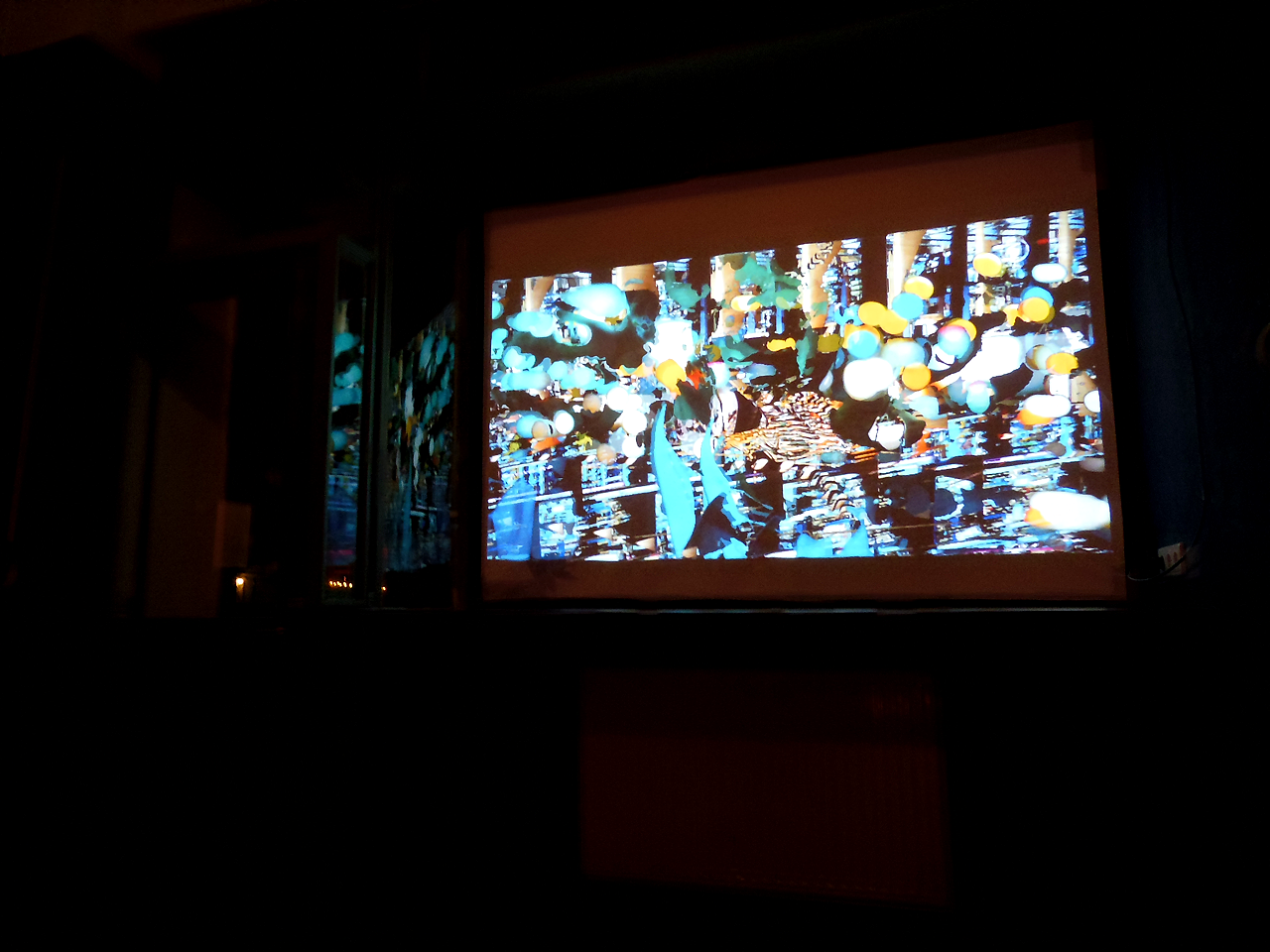 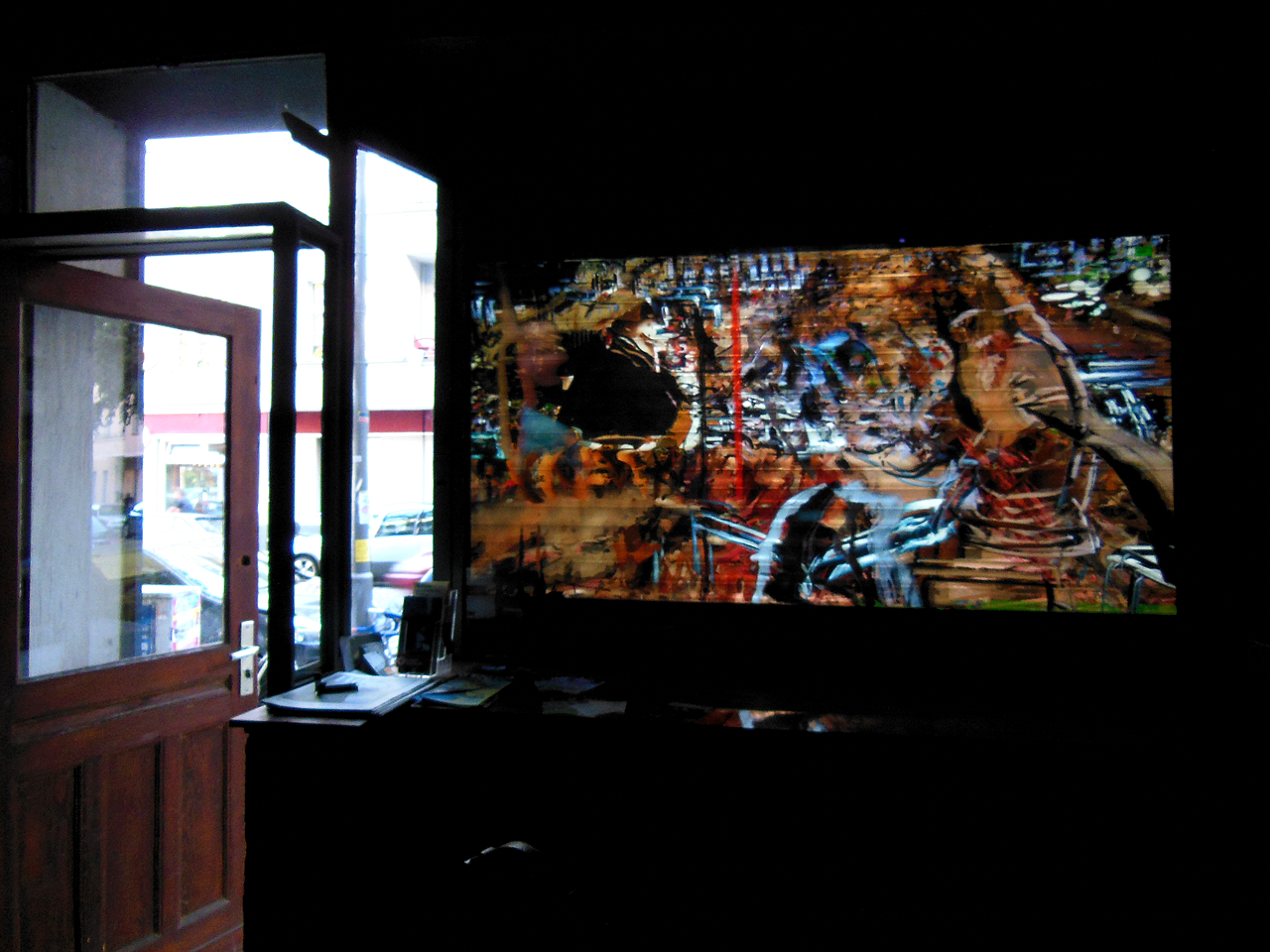 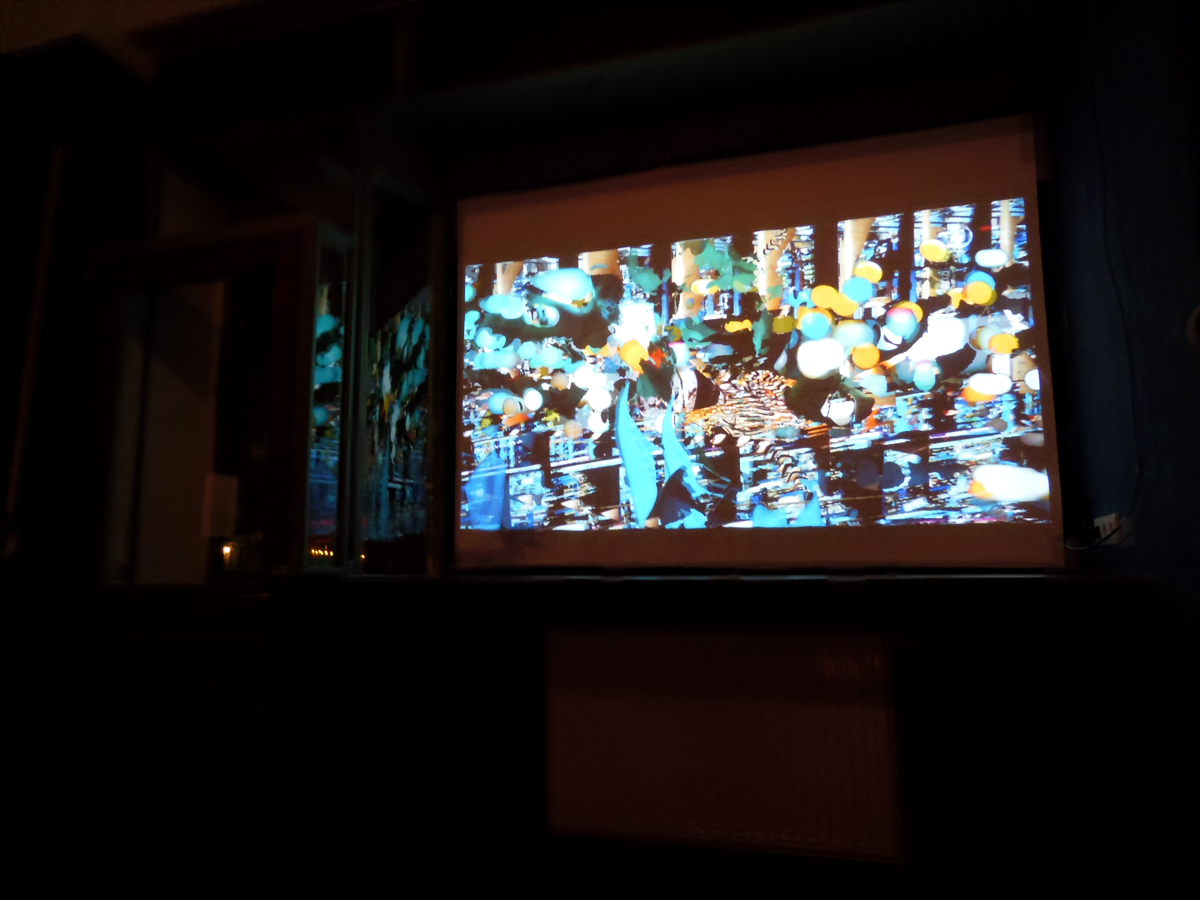 Chat with the words of others Plagiairc (2010) proposes a critical perspective on the limits of copyright in the digital age, with the Inte……

Loops is a part of an ongoing research on remix, copyright and authorship. I compose with fragments of movements evolving during time. With ……